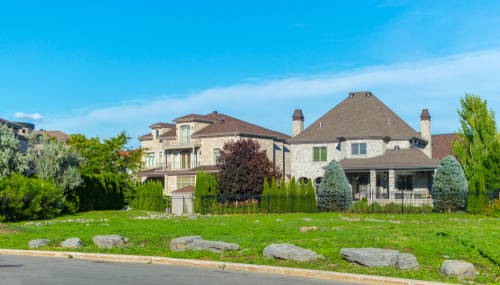 With a record-breaking £5.2bn in Inheritance Tax claimed in 2017/18, we would be forgiven for thinking that this would be enough for the taxman. However, developments suggest otherwise and the £350,000 IHT threshold that has stood firm for nearly a decade may not last much longer.

Chancellor Philip Hammond’s pre-Brexit Budget was concerning not for its content but for what he chose to leave out. The Chancellor was entirely silent on inheritance tax (IHT) reforms with no comment made on possible cuts to value reliefs.

This has led the Head of Personal Finance at the Telegraph to state that the “Treasury is already rubbing its hands in anticipation” at the upcoming IHT receipts. This comes hot on the heels of the 2017-18 figures which saw a £400m increase on the previous year.

The projections in the Budget for 2018-19 suggest that this figure will rise again to £5.5bn with the Treasury suggesting that receipts will continue to grow by between 3.5pc and 6pc every year for the next five years.

As IHT remains one of the most complex components of financial planning, wealth and asset management, there has been a tangible need identified to streamline and simplify processes.

The Office for Tax Simplification (OTS) called on HMRC just this week to make moves towards simplification within the IHT model. Their recommendations have been included in the first part of their IHT review, which was ordered by the Chancellor at the start of 2018.

OTS is specifically referring to minimising or reducing the requirement for those with smaller or simpler estates to submit IHT forms at all. They highlighted the fact that hundreds of thousands of people – or nine out of every 10 executors – are needlessly completing such forms within an overly complex system that demands copious amounts of information and has not been updated to fit a modern context.

The OTS recommends introducing a fully automated and integrated digital system with in-built probate application capabilities. This shows a clear move being made towards catering to a society with higher demands and higher expectations.

This new online system would fit with the type of financial planning model that the younger generations engage with best with in order to represent a solid long-term solution.

The report also includes recommendations for implementing a more tailored system where those with very simple estates complete the briefest of forms with minimal admin.

With just 5% of estates liable for IHT but half of these families filling in forms, there is certainly a gap between those that genuinely need to spend time and energy completing the forms and those for whom it is simply a waste of time.

They also suggest creating a standardised system where IHT forms can be completed and submitted as part of a probate application in order to reduce the burden on families and minimise any mistakes being made where executors would be financially liable.

With the majority of people surveyed by OTS admitting that they had no idea how long they would need to wait for their forms to be returned and had no recollection of HMRC acknowledging receipt of their paperwork, the OTS have also seen fit to recommend an overhaul of the government’s IHT website including automatic receipts for IHT forms and payments.

As many people also struggle to understand the rules around inheritance tax and trusts, the OTS has again recommended simplifying the forms that need to be filled out and, indeed, whether trustees need to submit forms when no IHT is due.

Introducing practical solutions such as a digital model that tailors itself towards the modern market is likely to transform the system as we know it. The second part of the OTS report is due in spring 2019 when we can expect to see recommendations towards a more simple, fairer IHT structure.

How to Reduce your IHT Bill

IHT by its very nature is stressful and OTS have highlighted how time-consuming and demanding the current system is for those grieving families during a time when many other practical and emotional concerns will already be taking their toll.

Even though IHT is widely regarded as the most disliked and unfair form of taxation – partly due to a widespread misconception regarding just how many people need to pay it – it is actually only liable on less than 25,000 estates each year; that’s fewer than one-in-twenty deaths. With rising estate values and the frozen nil rate band, these figures are expected to increase which makes it wise to make plans if you believe your estate may be liable.

There are ways to reduce your IHT bill. You may wish to make gifts during your lifetime – any gifts made more than seven years before your death won’t be liable for tax. In fact, the OTS report recommends a review of the lifetime gifting rules to make them simpler and more accessible.

For example, many people do not understand that gifts made between two and seven years before someone dies may be charged a reduced IHT rate but only with those people who gift more than the £325,000 nil-rate band.

Tax also won’t be charged on any assets you leave to your spouse or civil partner, who will also be able to inherit any of your unused £325,000 lifetime allowance.

Even though the IHT system is moving towards a more modern and streamlined model, we would strongly recommend taking the advice of a professional financial planner to ensure that your wealth and assets are best placed for yourself, your partner and your dependents.

For advice, support and informed guidance on all matters relaxed to IHT and later life planning, contact the team at Vintage Wealth Management today. We will outline the options available to reduce your IHT bill and answer any other queries that you might have. Just give us a call on 020 8371 3111 or email info@vintagewealth.co.uk.

For advice related to auto-enrolment and the workplace pension scheme, please call our team at Vintage Corporate on 020 8371 5232 or email info@vintagecorporate.co.uk