Am I saving enough into my pension? 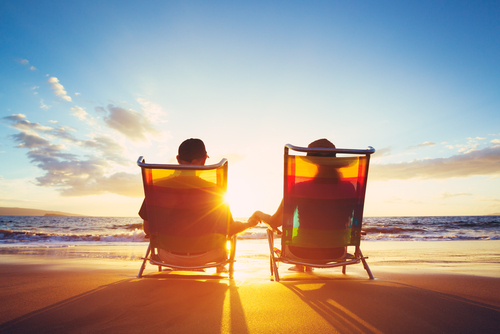 Pension savings are one of the largest elephants in the room when it comes to financial planning. Many of us fear that we are not saving enough into our pension and that we may run out of money during our retirement but we are afraid to confront the issue.

Recent research from the Institute for Fiscal Studies actually shows that retired people under-spend their financial assets. The report collated data taken over a 12-year period up to 2014-2015. It found that the majority of wealth was unused and would likely to be passed on as inheritance.

But – and this is a big but – this data was taken before the introduction of the pension reforms of 2015.

The Impact of Pension Freedoms

These reforms, known as pension freedoms, constituted a government initiative introduced in the 2015/16 tax year, giving those aged 55 and over the right to move their money as a lump sum and pay no tax on the first 25% (with the rest taxed as a salary at their income tax rate).

Let’s say we were to take this past behaviour as a predictor for future trends and assume that this extra income acts as an insulator against a savings and investments pot.

We can then estimate that those who choose to access their lump sum money directly instead of focusing on generating higher incomes will end up passing less onto the next generation.

Therein lies the issue with pensions freedoms is that they do exactly that – give every individual more freedom on how to access and spend their pension pot which can be a risky game for those less prudent or informed.

We would generally regard these pension reforms as a positive move as they provide retirees with more flexibility on how to spend their hard-earned money. They also show that the system is adapting to a modern-day.

However, there is a risk that this easy access to the pension pot will see people quickly work their way through the funds without careful consideration or any set strategy on how much to save, invest and spend.

It’s safe to say that the government is hoping for the best but not preparing for the worst. That’s why every individual must take matters into their own hands.

Solid and informed financial planning is a must for anyone who wishes to minimise the risk of running out of money in retirement and enjoy their later life without excess financial pressure.

The most common scenario for those approaching the age of 55 is that they won’t want to withdraw all their pension funds as soon as possible.

Indeed, there are many benefits to keeping your funds in the pot, not least for those enrolled in a workplace pension scheme who will continue to receive employer contributions.

Our population is also working later and later in life, which means that you may still be working towards your pension into your late 50s and even mid-60s.  This makes it all the more advisable to keep the money in your pot and continue to invest the funds until you need them.

You may also wish to take 25% tax-free and keep the rest invested with an annuity or a flexible income drawdown product for a different type of protection and growth.

What Does the Future Hold?

While we cannot yet be certain of the full impact of pension freedoms, we can take a look at the examples of the US and Australia where over-55s have had the flexibility to access pension cash for many more years.

Statistics show that around 40% of pensioners in Australia have emptied their pots by the age of 75 and even those following a more careful route are at risk of exhausting their funds due to longer life expectancies.

Data from the US shows that a typical American made their pension last 17 years, spending their fund at a rate of 8 per cent a year.

If British pensioners adopted similar spending patterns, then a man retiring at 65 would typically run out of money five years before death, while a woman would have to manage for seven more years.

How to Save Up Enough Money

The amount of money that you need to have in your pension pot varies between every individual but there are some key questions that a financial planner will ask to give you a good idea of the figures.

It’s also important to consider whether you might fall into a category considered vulnerable, such as those who retire early or those without any other assets.

A general rule of thumb is that a total retirement income of about two-thirds of the amount you were earning in work should be able to maintain the standard of living that you are used to.

An expert retirement planner will offer guidance on the best pathways and retirement income products for you. You deserve to enjoy a happy, relaxed and financially secure retirement after a lifetime of hard work, so let’s make it happen.

If you would like to discuss any aspect of retirement planning and the many options available to help secure your future finances, give our expert advisers at Vintage Wealth Management a call on 020 8371 3111 or email info@vintagewealth.co.uk

For more information on workplace pensions and auto-enrolment, contact Vintage Corporate at info@vintagecorporate.co.uk or call 020 8371 5232.