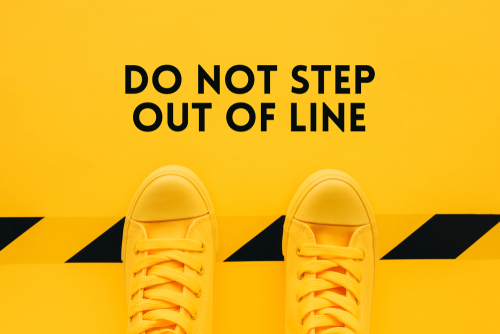 Preparing for an Audit

The principles also state that, in the event of an audit, you will need to show that all eligible staff have been auto-enrolled, you have a new joiner process in place, and you audit the contributions that are calculated and paid to the pension provider each month.

You must also show that all people who manage your scheme fully understand their duties and that you have implemented processes to satisfy the re-enrolment requirements every three years.

As an employer, you must be fully aware of what the six principles translate to in reality. Otherwise, you risk falling short when it comes to fulfilling your compliance duties.

For example, in a recent blog post from TPR, they outlined an emerging trend of employers who are trying to dodge their workplace pension responsibilities and avoid paying their staff pension contributions through a change of identity.

These employers – dubbed “shape-shifters”– are opening a new business with a new name, transferring their employees across to the new entity and then dissolving the original company.

Changing your company name has absolutely no effect on your auto-enrolment duties. You are still acting as the same entity and all of the same rules apply. A change of name does not mean that you can avoid paying any pension contributions due.

Changing your company name as a standalone activity or as part of an entire rebranding process will inevitably require a lot of administrative work, so we do recommend speaking with your workplace pension scheme provider or the person that runs your scheme to ensure that your details are correct and updated across all essential outlets.

After a rebranding or company name change, employers might think that the ‘reset’ button has been pressed on auto-enrolment, but this is not the case at all. Auto-enrolment and re-enrolment duties and obligations continue uninterrupted and it is up to you to stay on top of it.

TPR also outline the many other ways that employers are trying to get around their obligations. These include setting up ‘shell’ pension schemes to give the appearance of being compliant while never actually paying contributions.

Another “trend” is those employers who have paid their penalty notice but still do not become compliant – paying off any fines has nothing whatsoever to do with fulfilling your compliance duties. We have also seen those employers who claim to have no employees despite clear evidence to the contrary, as well as those who claim to have ceased acting as an employer, and those who have an unusually high number of opt-out rates.

While most employers are honest and successfully fulfilling their duties, a small number are committing the offences outlined above and TPR is hot on their heels. They are currently adapting the way they approach breaches for more effective policing including working with the Insolvency Service to take action against offenders.

There are several investigations ongoing into small and medium-sized businesses. On-site routine inspections and audits continue and often at short notice; they are also utilising employee whistleblowers and working closely with HMRC to uncover breaches.

TPR will show no mercy when it comes to those employers trying to dodge paying pensions to their staff, and they cannot be fooled or evaded. Auto-enrolment is a process that is taken very seriously – and any breach will be punished.

As their director of auto-enrolment Darren Ryder said: “We are aware of the camouflage they are trying to use and will not be fooled by it. We will not tolerate any attempt to deny employees the workplace pensions they are entitled to – and will take action against those who try to dodge their duties.”

With offences include fraud, theft and willfully failing to comply with the automatic enrolment laws to provide employees with the pensions to which they are entitled, we can expect to see harsh punishment placed on guilty parties. This includes the possibility of criminal prosecution and prison sentences of up to two years.

It could also mean an unlimited fine – a punishment which Hertfordshire-based SKL Professional Recruitment Agency may face in the magistrates’ court next month. The agency and its managing director were prosecuted for failing to enrol the organisation’s 22 employees into a workplace pension scheme.

They stand accused of willfully failing to comply with auto-enrolment obligations and knowingly or recklessly providing false and misleading information to TPR. Their case will be held at Brighton Magistrates’ Court in early September.

Rebranding is just one occasion where you may be confused at any potential change in your duties; this might also be the case if you take on seasonal workers,  restructure teams within the business, promote or demote members of staff, and so on.

If you are concerned that you’ve fallen short of your auto-enrolment duties or unclear about what you need to do and when, have a chat with your workplace pension scheme provider or the person that oversees your scheme.

That might be an in-house employee or a specialist employee benefits adviser, such as our team at Vintage Corporate. If you’re in any doubt, contact us today for expert guidance. It’s better to be safe than sorry.