What to Expect from the New Pensions Legislation 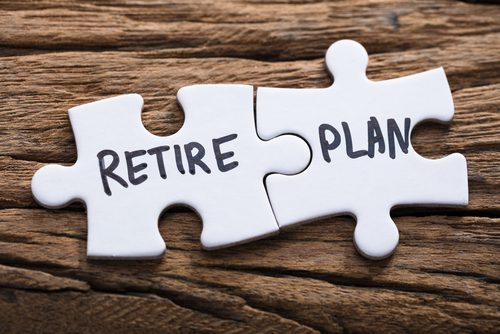 With more than 9.5 million people in the UK enrolled into a workplace pension scheme, it’s safe to say that automatic enrolment has been a success story so far.

However, employers must ensure that they – or a professional overseeing their workplace pension scheme – are fully informed about all the latest pensions legislation in order to meet their legal obligations and gain the most from this employee benefit.

At this month’s Pensions and Lifetime Savings Association’s annual conference, the Pensions Minister Guy Opperman confirmed that new pensions legislation will be introduced in summer 2019.

Pushing aside the Brexit noise and looking towards a positive future, he also confirmed that he has started the process of bidding for legislation to be included in the next Queen’s Speech in April 2019.

The aim is to have the consultations done by Christmas, after which the drafting and legislation process can be completed. He also emphasised the importance of a collective cross-party vision regarding pensions legislation to help push legislation through in an effective and efficient way.

A New Structure for Private Pensions

Opperman has openly discussed his support for CDC, defined benefit (DB) consolidation and superfunds, mid-life MOTs, and simplified annual benefit statements. This means we can reasonably expect these changes to take the form of a “very substantial” private pensions bill to impact multiple areas of pension legislation and set a new structure for the foreseeable future.

The legislation is expected to include rules on DB consolidation and the set up for new CDC schemes. The latter has been proposed to provide a more stable income for those enrolled in their employer’s pension scheme with the caveat that savers will have no guarantee over how big their retirement fund will grow.

Opperman has also discussed his commitment towards the pension dashboard, although the jury very much remains out regarding when and how this would be implemented.

The Department for Work and Pensions (DWP) is yet to publish their highly anticipated feasibility study on the dashboard, answering key questions on compulsion, the number of dashboards, and where the project would be hosted.

After October’s Budget, the Government announced a £5m boost for the “pension dashboard” project as well as a much-awaited confirmation of a commitment to provide the data to allow individuals to see their state pension entitlement alongside their private pensions.

These measures all work towards improving transparency for pension savers and avoiding savers losing funds in misplaced accounts to support healthy later life and retirement planning.

Research from the Pensions Policy Institute for the Association of British Insurers shows that approximately 1.6m pension pots worth almost £20bn have been lost and could remain unclaimed without government intervention. The pension dashboard would help to reconnect savers with their pots that have been lost, often after changing jobs.

The pension dashboard will prove highly effective if implemented correctly but it may be a lengthy process. There have been calls for the Government to support the pensions industry in establishing stringent data standards which will complement an intuitive and innovative dashboard process to drive engagement and improve retirement outcomes.

New Powers for The Pensions Regulator

The new legislation announced by Opperman will also outline The Pensions Regulator’s new powers. This topic garnered headlines in the summer when a DWP consultation discussed the possibility of TPR taking a more proactive role regarding those employers who have knowingly shirked their auto-enrolment responsibilities.

This legislation makes it a criminal offence with employers facing unlimited fines or a prison sentence should they knowingly risk their employees’ pensions.

Communication with employees is another important feature of good auto-enrolment (AE) governance but many employers struggle in this aspect. The challenge of better member engagement is one that was discussed at the recent Pensions and Lifetime Savings annual conference and the need to engage this generation with pensions was deemed crucial to the legislation’s success.

With more than half of Generation AE aged under 40, employers must learn and take professional advice on how to engage with younger generations who have themselves voiced the need for better support from above.

A workplace pension scheme may sit side by side with the pension dashboard in the future to help savers fulfil their goals. Employers must be fully aware of their continuing responsibilities to manage and utilise data and contributions in the correct way.

As legislation continues to develop and change, regular reviews are essential to avoid accidentally falling short of requirements and placing both yourself and your employees in jeopardy.

Even with the best intentions, you still need to prioritise your workplace pension scheme compliance and practice in order to ensure that it conforms to current legislation, contributions levels and duties to your employees.

Maintaining an effective workplace pension scheme is also integral to recruitment and retention efforts in order to attract and engage the most high-value employees with a benefits package that really work for them.

An employee that feels secure in meeting their ongoing retirement goals and trusts their employer to help them in their ambitions is also much more likely to be loyal to their company and put in their best efforts, improving productivity for a stronger bottom line.

For informed guidance and support with every aspect of your workplace pension scheme as well as more information on the financial implications of auto-enrolment and how to ensure your chosen scheme is fully compliant, please contact our specialist team at Vintage Corporate on 020 8371 5232 or email info@vintagecorporate.co.uk